On the 25th of April, we will extent our discussion of the relationship between witchcraft, anti-capitalism and feminism!

In the feminist movement, the depiction of the ‘witch’ has often been used as a symbol for resistance towards patriarchy and used as direct action methods for direct change (think about W.I.T.C.H). Yet, the genocide of women during the early modern witch-hunt era in Europe is often overlooked when we talk of periods in history that have had an impact on social inequalities in contemporary society. Yet, these witch-hunts occurred during the rise of modern day capitalism, and when the political and economic power of the church became very important. Christianity and capitalism sailed together to other places and there too, decided that powerful women*, medicine women*, shamans and everyone who they saw as ‘witches’ were destroyed. In some places in the world, the witch hunts are making a come back .According to Federici:

‘We are witnessing a new surge of interpersonal and institutional violence against women, including new witch hunts, which have occurred alongside an expansion of capitalist social relations.’

This is the second meeting which focusses on Silvia Federici’s ‘Witches, Witch-hunting and Women’. We would like it if you come to the reading group prepared, and if you can also read the previous chapters. Federici will offer us an explanation of how anti-capitalism should be connected with feminism, and the other way around.

We will read and discuss:

– Chapter 5: On the Meaning of Gossip

– Chapter 6: Globalization, Capital Accumulation and Violence Against Women: An International and Historical Perspective

The book ‘Witches, Witch-Hunting and Women’ can be bought at the anarchist bookstore the Opstand, https://opstand.noblogs.org/.

And you can email kattenkwaad-haf(at)riseup.net for a pdf. 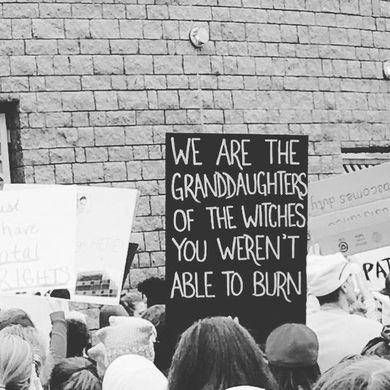