Last Friday, the Samenscholing, a social center where we have organised several of our events, was attacked by fascists during a Kick Out Zwarte Piet (KOZP) congress. These men jumped over a closed fence and tried to come into the Samenscholing, obviously with violent motives, while lighting fireworks and smashing windows. Besides smashing the windows of the Samenscholing, they also damaged the cars which were afterwards unable to drive and had to be towed away. If you are able to donate some money to repair the damage, you can do so via:

If more money gets donated then needed, this money will go to antiracist groups such as KOZP.

Some of us were present at the congress or in the eatcafé at the Samenscholing during this night. During the years we have seen a lot of attacks from fascists towards activists from KOZP and especially towards people of color. We encourage everyone who can to join one of the KOZP protests, we will post more about these protests the coming days. Hopefully we see you coming Saturday in Scheveningen! 🖤💜

You can find one of the protests against zwarte Piet here.

De Samenscholing is a social center located in Moerwijk, The Hague. The building was won during the struggle for the preservation of De Vloek, a squatted free space. De Samenscholing hosts multiple social, cultural, and political activities.

Kick Out Zwarte Piet (KOZP) is a collective consisting of the Zwarte Piet is Racism and Stop Blackface campaigns. These two organisations focus on different activities, but in the fight against Zwarte Piet, KOZP has one goal: “KOZP demands that visible changes be made to the racist figure Zwarte Piet. As long as we have to wait for these changes, we will keep bringing this to the public attention by peacefully protesting at the national Sinterklaasintocht (the arrival of Sinterklaas in the Netherlands).” KOZP was initiated in 2014 by the Zwarte Piet is Racism Campaign (an initiative of the foundation “Nederland Wordt Beter”), “Stop Blackface,” and “Zwarte Piet Niet.” 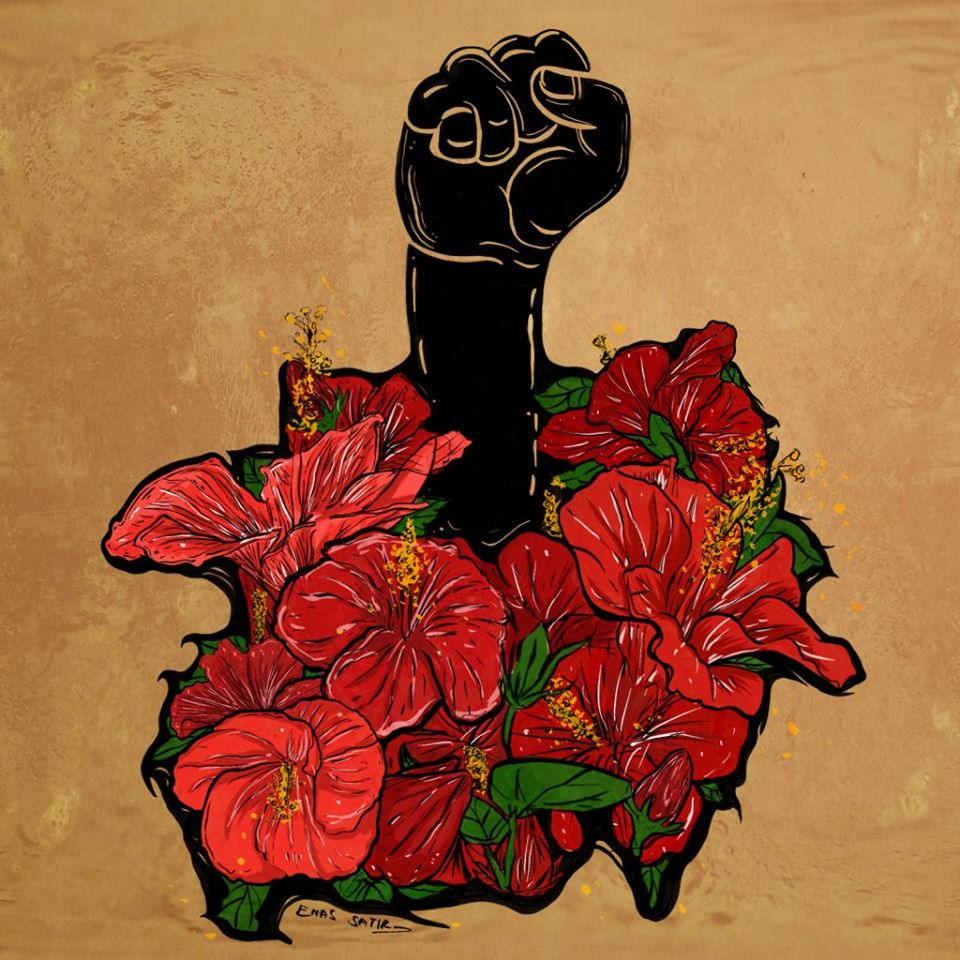